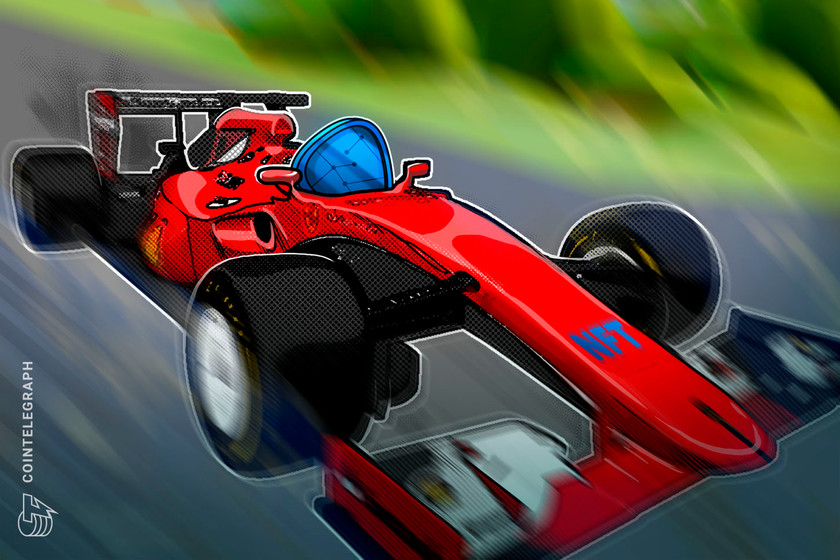 The limited edition digital packs came at a retail price of 34.39 USDC each, raising over $130,000 after it sold out in the first drop.

SEC charges Hydrogen for profiting over $2M from market manipulation

Kazakhstan ready to legalize crypto as Russians flock to the country

On Aug. 17, the football league launched “Ripper Skipper 2022” through its AFL Mint program, allowing people who joined the “allowlist” to purchase one of 3,800 packs reserved for the drop.

We are happy to announce the AFL Mint AllowList sold out in under 12 hours.

A huge thank you to our community who has participated, followed along and backed this project!

Stay tuned for the next drop! pic.twitter.com/CopyL62DFW

The Ripper Skipper 2022 NFTs feature 78 significant moments and highlights from the 2021 Season utilizing both video and audio. Each pack features three “moments” in a trio of different rarity tiers, common, deluxe, and ovation.

Limited edition digital content is also available; anyone who participated in the first drop has a 10% chance of getting an AFL Mint Genesis Ball.

While the initial mint was sold out within hours, the wider public will gain access to another drop on Aug. 24.

NFTs are digital certificates stored on the blockchain proving ownership of a digital or physical asset, often an artwork, but AFL Mint has plans to expand on the concept and offer game day events, tickets and the chance to meet players in the Metaverse.

Kylie Rogers, Executive General Manager of Customer, and Commercial at AFL, said they hope to use the technology to make better fan experiences.

“Through our AFL Mint brand, we will launch exciting new moments across our Men’s and Women’s competitions, plus celebrate past greats and other product releases that will bring a unique fan experience we haven’t seen before.”

The AFL announced their NFT marketplace, AFL Mint, back in April, revealing they signed a five-year partnership with Be Media, a Perth-based subsidiary of Hong Kong NFT gaming giant Animoca Brands.

The marketplace will launch in 2023, allowing the selling and trading of moments between fans and collectors.

With the launch of their Ripper Skipper 2022 NFTs, the AFL has followed in the footsteps of other international sporting codes that have forayed into the world of Web3.

The NBA launched their marketplace NBA Top Shot in 2020 to critical acclaim, while the UFC created UFC Strike in February of this year.

While Queensland Rugby League had a 10,000 NFT drop titled ‘The Ultimate Queenslander NFT’on the Flow Blockchain.

SEC charges Hydrogen for profiting over $2M from market manipulation

Kazakhstan ready to legalize crypto as Russians flock to the country

K-Drama-Rama: How the Global Streaming Boom Ignited Demand for Content From Asia

HBO Max to Remove 36 Titles, Including 20 Originals, From Streaming

Payrails emerges from stealth with $6.4M led by a16z to build the OS for payments

Rent control in Portland, round 2

Four Ukrainian regions to be incorporated into Russia on Friday, Kremlin says

AMC Networks has announced a collaboration with DreadXP and game developer DarkStone Digital to produce a video...

Rent control in Portland, round 2