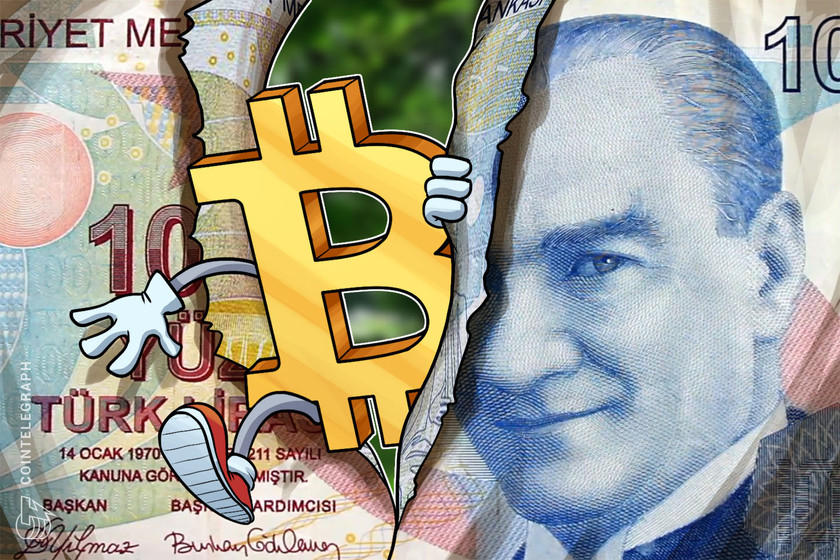 Bitcoin price weakness is arguably only welcomed by those who chose it over saving in lira this week.

Bitcoin (BTC) fell over 5% from local highs through Dec. 20 as macro tensions persisted into the new week.

Analyst: Brace for volatile end to 2021

Data from Cointelegraph Markets Pro and TradingView tracked BTC/USD as it fell back below $46,000 overnight on Sunday, reaching lows of $45,787 on Bitstamp.

The pair had hit $48,300 before a reversal took hold as Asian stocks opened the week on a limp note thanks to Coronavirus.

“We are actually making ourselves ready for some heavy volatility in the last few weeks of this year.”

Like others, Van de Poppe highlighted strength in the U.S. dollar providing extra friction for risk assets such as Bitcoin. With the U.S. dollar currency index (DXY) facing resistance, Bitcoin is battling to maintain support in a classic inversely correlated move.

“What you want to see in a reversal structure is something like we have been seeing in September as well,” he continued, referencing the $40,000 breakout at the end of that month.

With little to inspire Bitcoin traders overall, only events in Turkey provided some form of a silver lining for those who opted to diversify into BTC.

Related: Biggest GBTC discount ever — 5 things to watch in Bitcoin this week

Taking its year-to-date losses to near 60%, the latest slide brought the focus back to Bitcoin and other cryptocurrencies as a potential hedge against extreme economic policy.

BTC/TRY passed 800,000 in a record-breaking move overnight, having doubled in just two-and-a-half months.

To add insult to injury, the lira fell below parity with the embattled Egyptian pound (EGP) for the first time in history.

Erdogan has had a fraught relationship with cryptocurrency and has taken steps to banish the industry from Turkish consumers.

The First Interactive NFT in the World – VR Movie on Mars

Jordan Peele on the Challenge of Making ‘Nope’ and ‘Wendell & Wild’ During COVID, and Can Audiences Expect a ‘Key & Peele’ Reboot?

Daily Crunch: Everything you wanted to know about Google Fall Event 2022 (but were afraid to ask)

The Musk vs. Twitter trial is temporarily on hold as proposed deal looms

Shay Mitchell May Have Just Come Out As Bisexual On TikTok, And I’m Crying Tears Of Joy

Not Just Kravis! Married Celebrity Couples Who Don’t Live Together